Anton has over thirty years of practical sailing and racing experience in various locations around the world. He grew up on boats, spending thirteen years cruising around the world with his family in their Sparkman Stephens Tartan 46 ft. sloop. From a young age he started designing boats and his yearning to learn more about boat design and architecture led him to study all available design material. Anton was especially inspired by the renowned yacht designers Sparkman & Stephens, Phil Rhodes, John Alden and Herreshoff. On returning to South Africa in 1990 he worked at prominent South African yacht designer Angelo Lavranos & Associates and at world-class yacht building facility Southern Wind Shipyard. He decided to go on his own in 2000, and with the business growing steadily, he now has a team of designers. 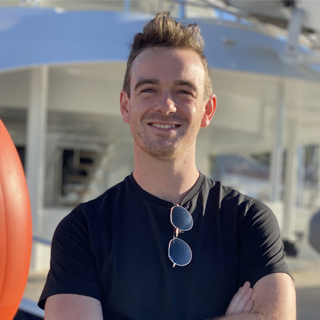 Designer
Warwick started sailing before he could walk, with his parents taking him with them as a baby, and was sailing on his own by the age of 12. Warwick studied Chemical Engineering at the University of Cape Town. After his studies, Warwick pursued work involving his passion for sailing and boats, joining Sparcraft Masts, managing their anodizing plant, and learning design skills. Warwick then joined Du Toit Yacht Design in 2022, where he gets to merge his love of sailing and his love of engineering. He enjoys the challenge and constant learning that yacht design provides. 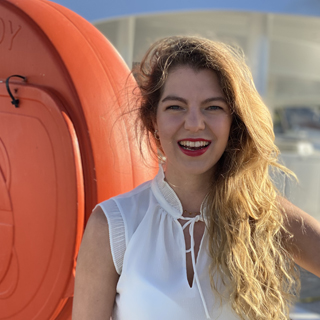 Designer
Tiffany-Lee grew up on the water and on boats with her father, getting her powerboat Skipper’s Certificate when she was sixteen. After school, she completed a BSc degree in Interior Architecture at the University of Pretoria. She then gained valuable working experience in Johannesburg, working for two reputable architecture forms, drawing plans, and handling architectural calculations, elevations, and detail. In 2021, Tiffany-Lee moved to Cape Town where she could be close to the sea and blue water yachting and joined Du Toit Yacht Design. She is in her element, combining her love of the water and boats with her love of design. When she is not designing yacht interiors, Tiffany-Lee can be found on the water or in nature – wakeboarding, surfing SUPing, hiking or camping. She plays hockey and squash and loves reading, photography, dancing, drawing, and writing. 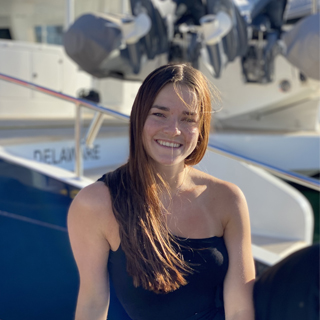 Designer
Caity completed her BSc degree in Interior Architecture at the University of Pretoria in 2020. She gained great architectural experience on freelance private architectural projects, including a 7-bedroomed farmhouse, a wedding venue, and a range of apartments. Caity is passionate about marrying aesthetics and functionality and problem-solving, so she grabbed the opportunity to do this every day when the position at Du Toit Yacht Design arose, joining the team in 2021. For Caity, human centered design is of utmost importance, and nothing gives her more satisfaction than transforming clients’ dreams into reality and creating livable spaces which are pleasant to be in. Caity loves the outdoors - hiking, running, cycling and being in the sun. Human connection is what makes life wonderful for Caity.
Recent Posts
Du Toit Yacht Design is South Africa’s premier naval architecture firm, having produced more custom catamaran metres and tonnage than any other yacht designer in the southern hemisphere.
Get In Touch
Copyright DUTOIT Yacht Design 2022 - All Rights Reserved | Web Design by Webworx
Back To Top